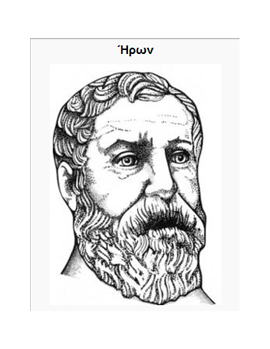 Who was ERONE and why he has become our Brand

The name Erone reveals a story : the figure of a man who since the ancient times realized systems now very common...The choice of the name comes from our job, made of research, inventiveness and realization care..

In the first century BC, the people who went to Alexandria in Egypt could be a witness of a strange phenomenon. A man with a beard during a ceremony lit a bon fire upon the altar situated in front of the temple. After a few minutes, slowly, the huge main gates of the building moved till they completely opened.
Was it a divine presence? Or a miracle inspired by prayers? Nothing to do with this: it was, actually, a device that exploited the air warmed up by the fire in order to move the main doors. This invention, that aroused the crowd's huge astonishment, was the fruit of Erone 's cleverness. The researches and studies that he carried out aimed always at obtaining practical results.

How did the device work?

Once discovered this historical figure, we have decided to make it our symbol, both for the affinities with our aims, and the curious invention that explains the ancient origin of our sector of activity to all the operators.